let’s discuss : How to fight cyberbulling?

if you don’t know what is cyberbulling, you can read an article here, then share your opinion.

In order to fight cyberbullying effectively we need to change the culture in which it happens, starting with helping kids understand that what may seem like “just a joke” can have a powerful effect on someone else. It’s also important to teach them that cyberbullying may be less common than they think it is: kids and teens often overestimate how common bullying actually is, even though most say that their own online experiences are positive. [1] Knowing the facts is important because when young people believe that bullying behaviour is the norm, they are more likely to engage in and tolerate it – and when they understand how uncommon bullying actually is, bullying rates drop.

I think that cyber bullying is a big problem in our world.
I believe that administrators should track bullies themselves and block them.

When people are being bullied online or on campus, it hurts them and they can go into the stage of stress or depression. They might feel lost and they don’t know what to do about it. That’s when they can’t trust anyone, and they become lonely. The worst part of it is when people find them dead. It’s a tragedy! Many people and family members have lots of unanswered questions. Of course, everyone wants to know who is involved, so they call the police immediately to investigate.

If you think that bullying is just a part of everyday school life, you’re wrong. No-one deserves to be bullied and you shouldn’t ignore the problem. Government website offering advice and information for young people and parent on how to combat bullying.

Teens need to distinguish constructive criticism from meaningless. Because, in fact, those comments that tell the truth offend the most. Those who make fun of appearance should not insult, influence the train of thought and creativity.

A cyberbully seeks power and control through intimidation. The best way to fight a cyberbully is to not give them the power – just ignore him. If you have siblings, I am sure you have heard your parents tell you to ignore your sister or your brother. This is the same technique that is best used with a cyberbully.

I believe that it is necessary to teach the younger generation of tolerance towards others so that cyberbuling is less relevant in the future.

WHEN BULLIED, DON’T RESPOND AND DON’T RETALIATE
No matter how hard it is,don’t respond and retaliate- you
are giving the bully what they want.

The main reason why cyberbullying happens on the Internet is because of anonymity.
People knowing that they won’t be punished for any of their actions on the Internet might write some offensive stuff to other people.
And it’s not possible to fight it totally, so it will be more useful to inform a child that this type of thing could happen and he/she shouldn’t pay any attention to that.

Make sure that your personal data is not public
Look through your privacy settings and make sure they’re
secure.

By educating children and their parents about how serious are the consequences of it.

thank you )) your opinion is precious 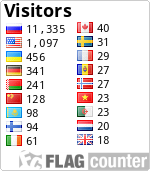